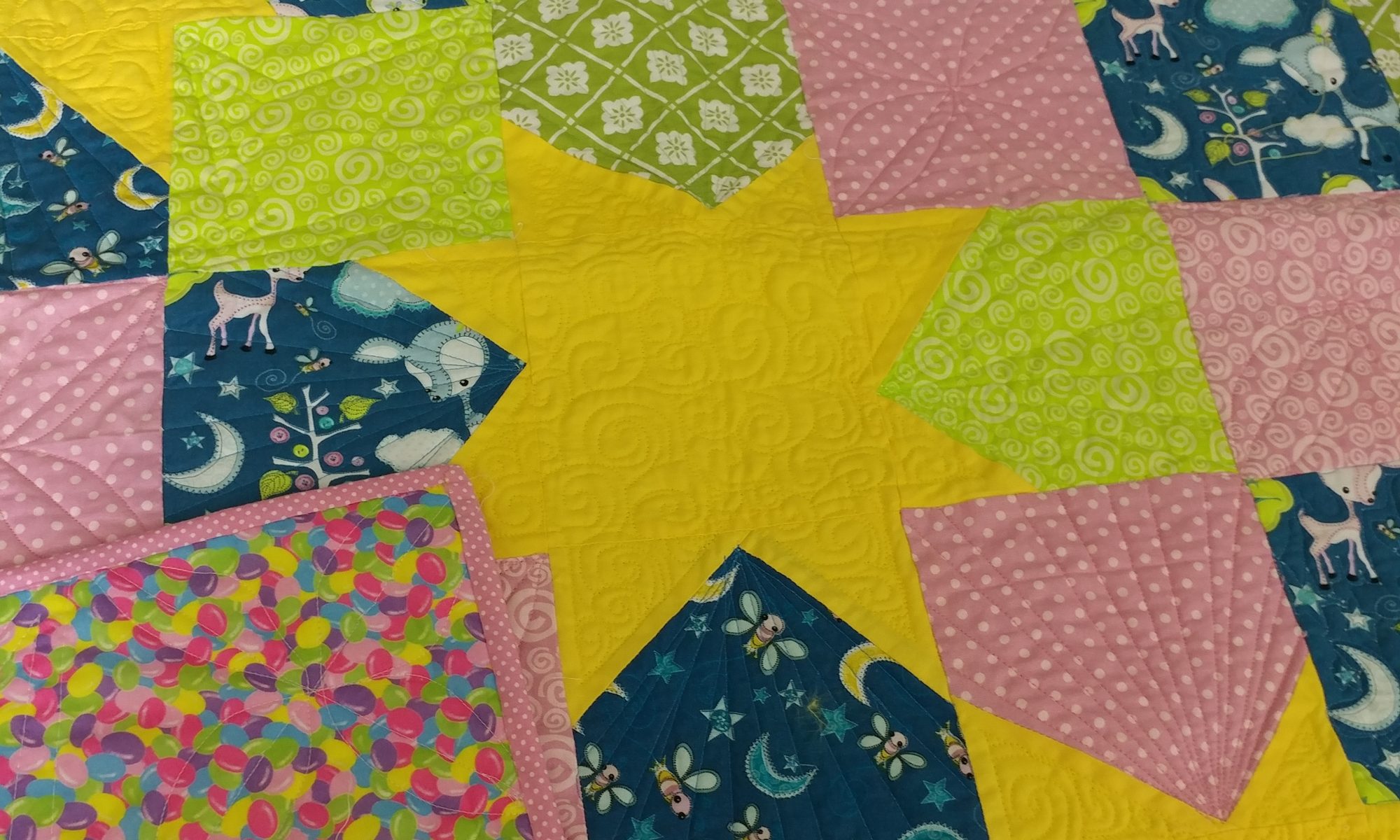 I love buying fabric. It’s a bit of an obsession of mine. I’m always looking for good sales online. This past Black Friday/Cyber Monday, I went a bit crazy, but we aren’t going to talk about that right now. Shopping online, I tend to lean to getting precuts. My precut of choice – fat quarters.

In case you don’t know what a fat quarter is, it’s a half yard cut in half widthwise, or 18″ x 22″ (or somewhere in that neighborhood). It is my mission in life to use each fat quarter as efficiently as I can. (Some people may try to save the world. I have more modest dreams.)

In my strive to be efficient, I started looking up ways to cut up fat quarters. I had 6 fat quarters to play with, so I cut 9 – 6 inch squares out of each.  6 x 9 makes 54 squares. Next thing to do was come up with a rectangular shape that worked well with 54 pieces. 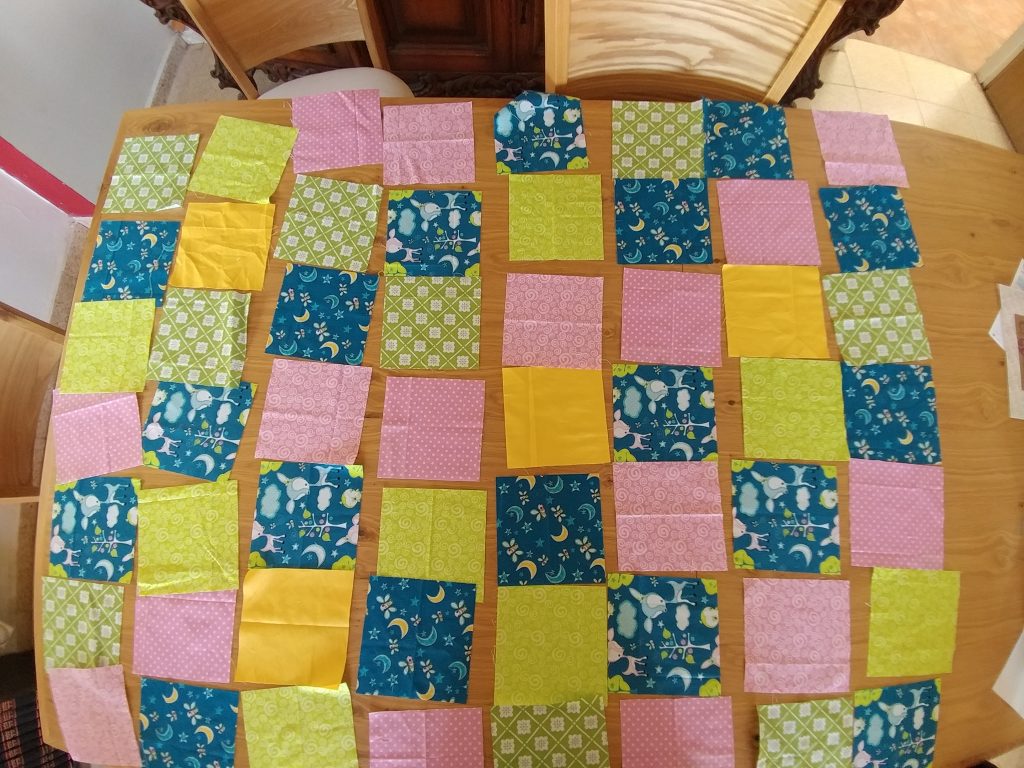 I know that I only had 54 squares, but I  wanted to add another color to the mix to make my stars, so out of scrap yellow fabric that I had around, I cut out the number of stars that I wanted, which was four. I went with 7 x 8 for my layout, which is 56, leaving me with two extra squares to play with another day. 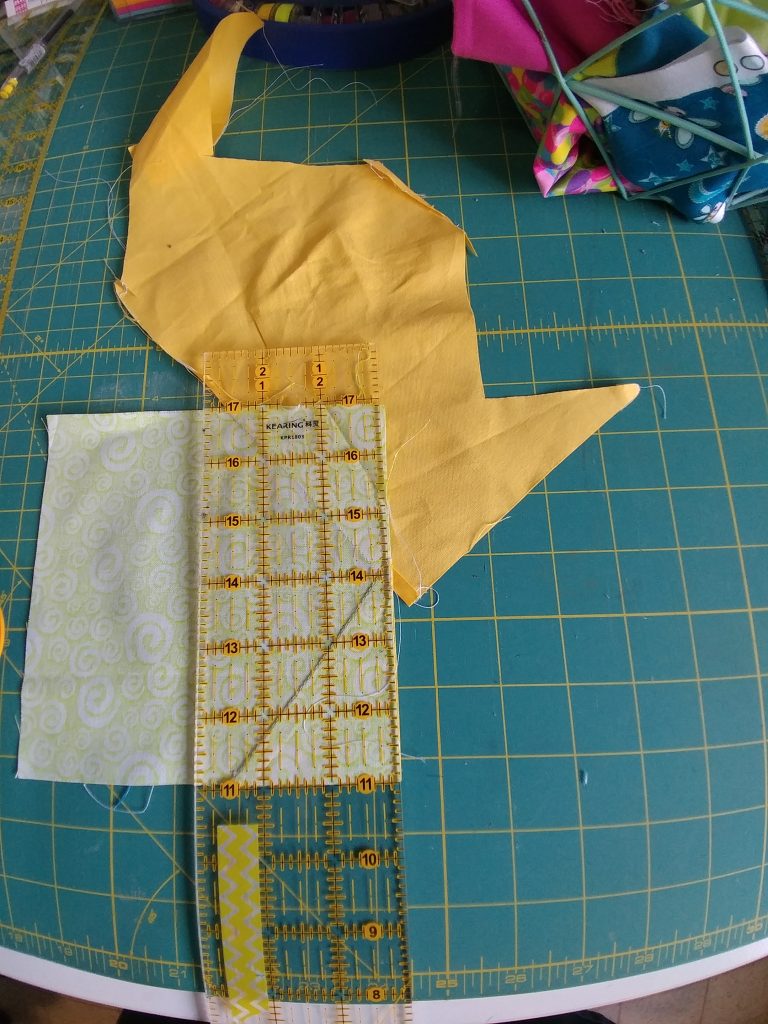 I then cut non-star fabric to leave only 1/4 inch seam allowance. One thing that I was careful about was that when I put on the second star point, it intersected with the first, leaving 1/4 seam allowance.

I put all the pieces back, and I stacked them up to make sure to sew them in the correct order. 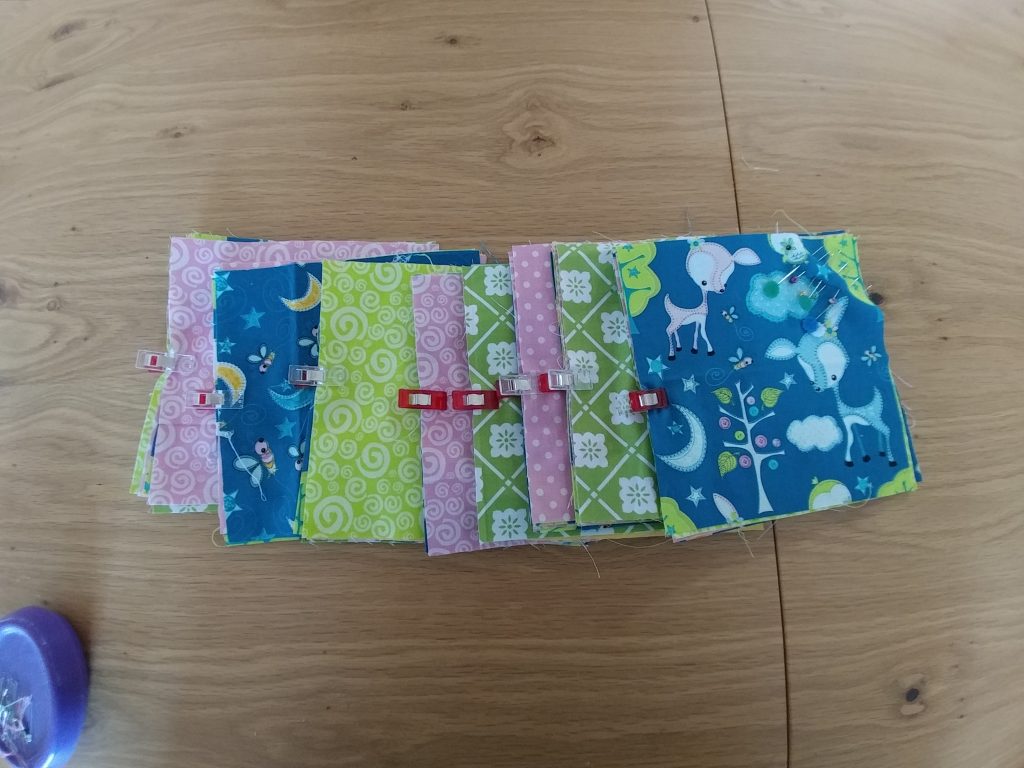 One thing that I have stared to be very careful about is that I make sure to leave a clip, or some sort of sign on what the first block in the row is. It can sometimes get confusing when your piecing, and this makes sure that I connect the blocks in the order that I want.

After piecing the whole top together, it was time for the quilting. This quilt was one of the first ones that I did on my new long arm quilting machine. I had so much fun doing it. Each of the different fabrics got their own pattered, excluding the fabrics that touched the star cores. For those, I radiated out straight lines from the center. I added an inline border to the stars themselves and quilted an allover swirl design. 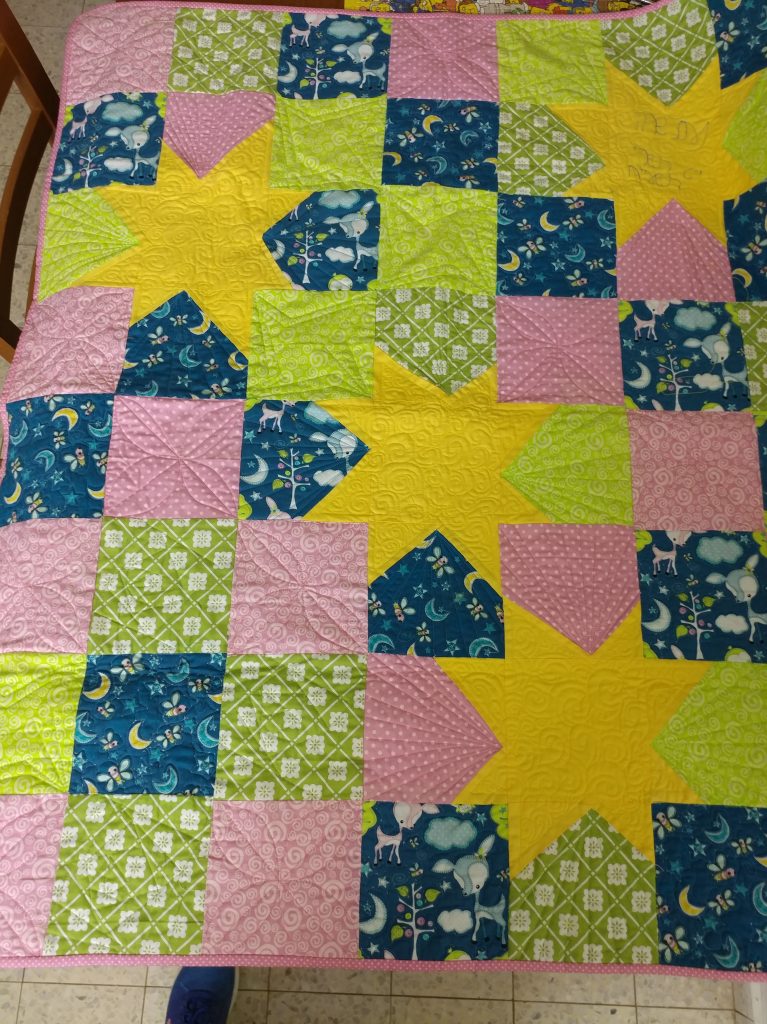 I used different color thread for the different block. I kept the same neutral thread in the bobbin for all the colors. Because I quilted with different threads and a long arm with the little foot table, it meant loading the quilt and moving it through quite a few times. It was worth it. I totally love the way it came out.

I usually follow other peoples’ patterns when I quilt. It was really fun coming up with my own design. I’m totally going to have to do this more often!