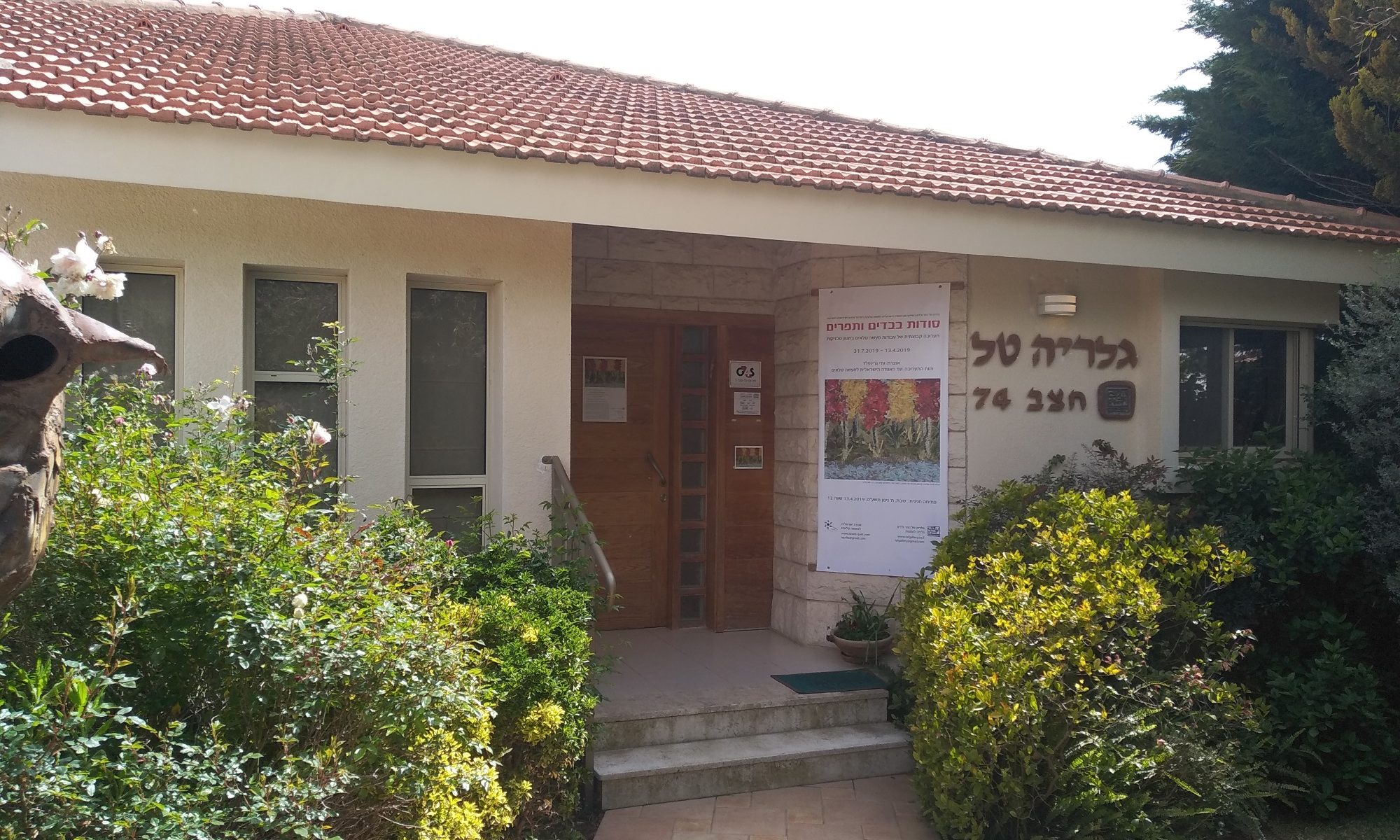 A while back, the Israel Quilt Association asked for quilters to join in a quilt show up north, in the Galilee, at Tal Gallery in Kfar HaVradim. The show started a bit before Passover and will be running through the end of July. I made the trip up north to look at the quilts in the show.

The subject is “Secrets in Fabrics and Threads.” For a long time, I’ve wanted to create a Zecher l’Chorban, a symbol for the destruction of the Temple, in my home. I used this as an opportunity to do just that.

The idea behind this quilt is that it represents the walls of the Old City. It’s an ancient place that people still live in and is alive. Even though it is alive, the city is incomplete.

To make this quilt, my daughter, Shira, drew the letters for me on paper. I used that as a template to cut out the grey fabric. I placed red fabric underneath and sewed it down. If I were to do it again, I would probably draw the letters on the fabric and then stitch around them to strengthen the fabric and only then cut the holes in it. No matter, I’m still really pleased with the way it came out.

The next part was cutting out the pieces for the stones. I put HeatNBond fusible coating on the back of the fabric and just started cutting out stone shaped pieces and ironed them on to the fabric. I then did the same thing with the buildings and trees.

Here are some other quilts that were in the show:

It was a lot of fun to be part of the exhibit. I’m looking forward to the next one!

3 Replies to “Tal Gallery – Secrets in Fabrics and Threads Exhibit”