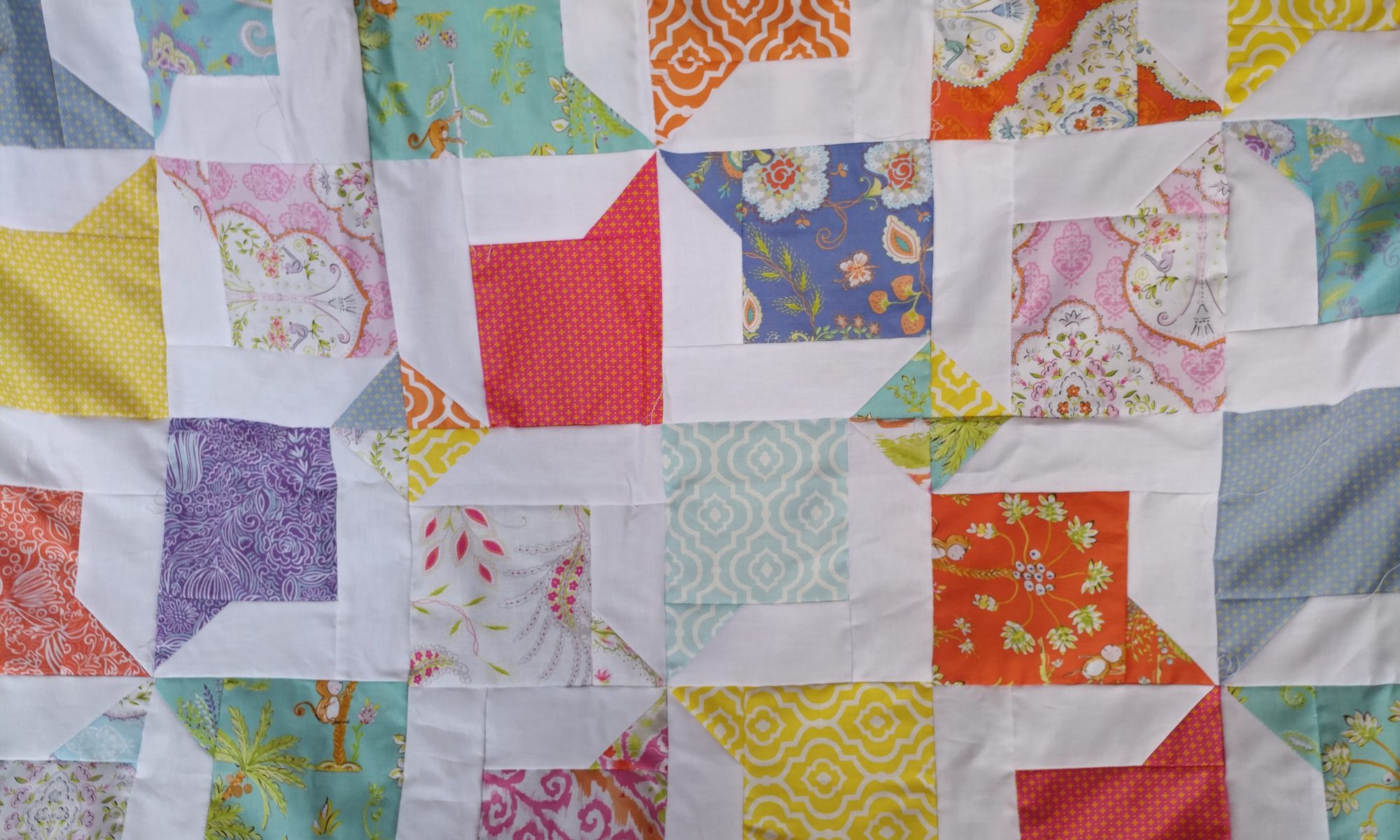 I started making a new a quilt this week. I just love watching Jenny Doan from the Missouri Star Quilt Company  make quilts. She has great patterns that look a lot more complicated than they are on her youtube channel. I was trying to make her double square star quilt. I thought it would be a great pattern to show off free motion quilting motifs that I wanted to use. The stars are really big and I knew exactly what I wanted to do with them. Well, things didn’t turn out quite the way I had planned. I guess it was a bit more challenging than it seemed.

Where did I go wrong? When I went to snowball (sew triangles on to the ends of squares or strips)  my strips, I did the first set correctly, but when I got to the second set of strips, I sewed the corner fabric on the wrong side. Oops.

I chain piece whenever I can. That means that I do a lot of thoughtless sewing. That’s a problem. One strip after the other, without breaking thread until all the pieces are done. I knew before I started that one strip was different than the other, and the first one I sewed, I sewed correctly. I got distracted after that, and that’s when things went south.

Or did they? That’s one fun thing about quilting – there’s always another way to put together the pieces. Instead  of Jenny’s cool double square star, I got this really funky pinwheel. I still need to press it and get a boarder on it, but I think it’s really cool. It should be fun to try figure out how to quilt it.

No matter what, it’s a Rena Reich original! That’s pretty cool in itself. If you happen to like this pattern, follow Jenny’s tutorial, but when she says to be careful about what side to snowball the second strips, do the opposite angle of what she tells you. After that, sew the first strip on as she does, and set out your pieces using the points to make a pinwheel. Add the second strip catercorner to the pinwheel (that’s what makes those cute, secondary diamond blocks that you see.

Laying this quilt out was a bit more challenging than the original. but in the end I’m really happy with it. I think this quilt should be called lemonade. After all, when life give you lemons…